What is Solar Energy and Examples? 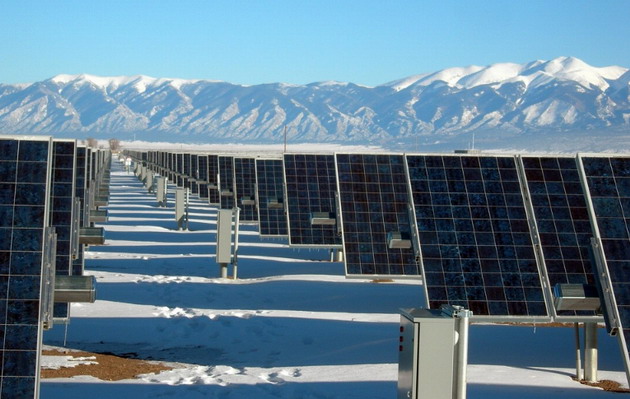 You may be wondering, “What is solar energy and examples?” First of all, solar energy does not come from burning fossil fuels, and it is pollution-free and noise-free. It is an infinite source of fuel that can be used by many people to generate electricity. You can power your home or business with solar cells, which collect sunlight and convert it into electricity. Passive solar technologies like big windows and absorbent plates on roofs also work.

Photovoltaic cells convert sunlight into electricity by absorbing the energy from light. These solar cells are composed of wafer-thin layers of p-type silicon and n-type silicon. Light from the sun excites the electrons in the silicon atoms, causing them to move to higher valance levels. Photons from the sun strike the cell billions of times per second.

The passive solar energy system uses thermal mass in a building to absorb radiant heat from the sun and the warm air inside the house. Thermal mass materials, like masonry, are more effective at absorbing heat than other materials. They also double as structural and finish materials. Depending on the climate, thermal mass can also come from the structure of home furnishings, such as thick drywall. Passive solar design also considers local climate conditions.

Another example of passive solar design is using windows facing the equator to let the most sunlight into the house. When left open, these windows can create a greenhouse effect and raise the temperature of a building several degrees. Dense materials like brick or rammed earth can absorb heat from the sun and radiate it over time. Passive solar design can be highly effective for a home. This article will explore some of the most efficient passive solar techniques.

Two major technologies for concentrating solar energy are parabolic dishes and solar power towers. Parabolic dishes are mirrored systems with a receiver at the center. Sunlight reflected off these mirrors hits a focal point that is often a heat engine. Solar power towers, on the other hand, are large structures with a host of mirror reflectors on the ground. Heliostats, also known as heat exchangers, are arranged on the top of these towers to concentrate sunlight on a single point.

While the technology is still in its early stages, the solar power industry is making steady progress. In September 2014, the International Energy Agency published its Technology Roadmaps Concentrating Solar Power, estimating that by 2050, cumulative installed capacity for CSP generation facilities around the world would be 1089 GW at a 50% capacity factor. This would amount to approximately 4770 TWh of electricity generated annually and would constitute 11.3% of all power produced worldwide. By 2050, China would account for 4% of the total global CSP capacity, or 190 TWh annually.

Infrared radiation from the sun

Solar panels can produce energy for natural interior lighting in different ways. However, the amount of energy produced will depend on the type of artificial light and the source of the energy. To maximize the workability of solar panels, the light source must be the sun. Solar energy is transmitted through electromagnetic waves of different wavelengths, from bright to infrared. Here are the benefits of solar panels for natural interior lighting. These sources of energy are available everywhere.